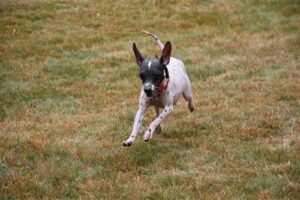 Lucie is a three-year-old female “American Hairless Terrier” who weighs a tiny 9 pounds. Working in partnership with Russell Rescue Tennessee, Lucie came up to Jacks Galore after her elderly owner passed and the local shelter took in her nine terriers. This little girl is one of five that came up to JG. 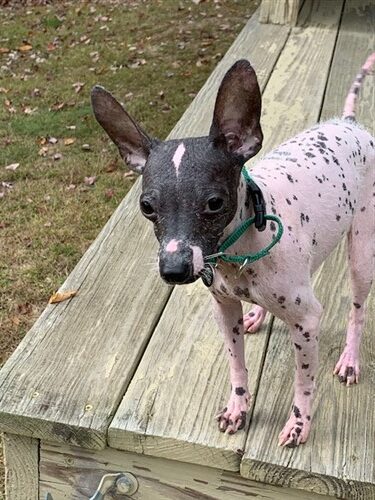 We first thought she might be a jack mix but we were proved wrong by poeple who know this breed.

A very dominant bossy pants, she is wild and crazy with energy. Lucie does get along with other dogs while outside or walking, BUT will need to be an only dog as she will not tolerate living with another dog and share her humans.  She is the Princess.  Lucie runs around with lots of enthusiasm on the agility field, her nose to the ground.  Often she zooms right back to the person to be loved.

Extremely affectionate and loving of people, she is always ready to absorb as much as one is willing to give. Lucy would most likely be someone’s shadow, lovingly showering kisses and tail wags to whomever would be willing to accept it. This Jack mix definitely needs a refresher course on house breaking; rides well in the car in a crate but is not pleased when she’s in one when not traveling.

The ideal Lucie home has a fenced in yard, jack proof, and lots of time to spend cuddling and loving her.  She has little interest in walking or playing outside with toys, but just wants to be curled up in luxury and in someone’s lap. Lucie is a very very special little jack mix, one who will reward with enormous affection and loyalty.

The most adorable mix with enormous ears and tender eyes, she will woo you with her very soft look and special gentleness. Who will give this little girl the gift of a forever home and appreciate her genuine uniqueness. 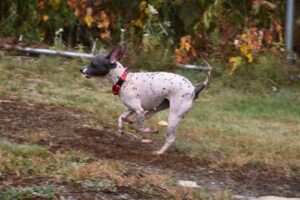 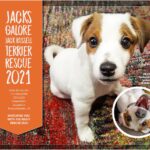